"Better is the enemy of good"

Better is the enemy of good. This was the motto that Merida's head of research Jürgen Falke and his team were following when developing the fourth generation of the Scultura road bike platform.

Being the lightest frame in Merida's line-up, this frame has always been built to conquer long, steep climbs, however, testing showed there was room for improvement in aerodynamics. Thus there was a clear objective for the new frame. It had to be lighter, but more importantly it had to become more aerodynamic. Another goal was to increase the vertical compliance of the rear triangle. The result of the work that has gone into the development of the new frame is pretty impressive, and it starts with the frame's weight. The CF4 team edition weighs in at 750 grams for a 52cm frame size (Merida offers a total of seven sizes ranging from 44 to 59cm). But it gets even better as Merida also offers a yet lighter, not as stiff CF5 version that weighs a spectacular 680 grams.

When combined with the redesigned fork, the team edition weighs 1000 grams - a state-of-the-art weight for an industrially produced carbon frame set. In order to achieve this, Merida's head of R&D Jürgen Falke and his team spared no effort. The wall thicknesses of the carbon frame have been reduced to 0.7 millimetres. As for the yet lighter CF5 version, the wall thickness of the top tube even goes down to 0.4 millimetres. As the Scultura is positioned in the premium segment, only the most exquisite carbon fibres and resins with nano particles are being used. In total the frame consists of more than 400 single prepreg pieces. Complete bikes built up with the top-tier group sets of Sram and Shimano weigh between 5.5 and 6.5 kilograms. By combining the lightweight CF5 frame with a Sram Red drivetrain, Tuneâs Skyline wheels and a crank and assorted parts from AX Lightness, the new Scultura 9000 LTD weighs in at a scant 4.56 kilograms(without pedals) - a (possibly) record breaking featherweight!

When optimising aerodynamics the R&D team could take a lot of cues from the Warp TT time trial bike and the Reacto Evo aero road bike. In order to save material and thus weight, even more of the wing-shaped profiles has been omitted for the down tube, the seat tube, the fork legs, the head tube and the seat stays. The frontal area of these tubes come with a round profile while the opposite side is flat, reducing turbulences significantly. In order to reduce the frontal area the size of the lower headset bearing has been reduced to a diameter of 1.25 inches. The cables for the rear brake and the drivetrain or the cables of a Di2 system are routed internally, using dedicated caps to keep things tidy. And the direct mount rear brake mounts to the chain stays just behind the Scultura's bottom bracket shell to further optimise aerodynamics.

Mounting the rear brake to the chain stays also allows for the omitting of a seat stay bridge, giving the stays more room to flex and offer vertical compliance. A layer of flax integrated into the lay-up helps the rear triangle and the fork to absorb vibrations. All of this and a 27.2 millimetre-diameter seat post contribute to the vertical compliance of the Scultura. And it all translates into less fatigue and more control on bad road surfaces - and of course more comfort. As another new feature the frame now also offers plenty of space for 25 millimetre-wide tires. Still the chain stays are distinctively short at 400 millimetres, resulting in the Scultura's agile handling. Journalists from 23 countries got plenty of opportunity in Liguria to properly test the Scultura on winding descents over bumpy road surfaces strewn with potholes.

As the riders of Team Lampre-Merida asked for it, the geometry of the Scultura's fourth generation is distinctively performance-oriented. Compared to its predecessor the stack has been reduced and the reach has been increased slightly, so the new frame is both longer and lower. In order to direct all the power to the chain without loss, Merida opts for a BB386 bottom bracket shell. This is also compatible with almost all existing bottom brackets and cranks and offers a wide support for the downtube and the chainstays. At 60N/mm the stiffness of the bottom bracket area is up to par with competing products, and the Scultura also offers plenty of stiffness in the head tube area with 92N/mm. All of this results in a very good stiffness to weight ratio. 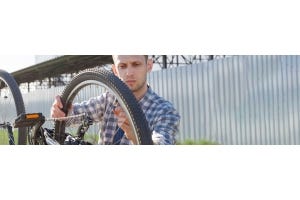 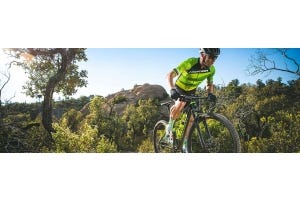 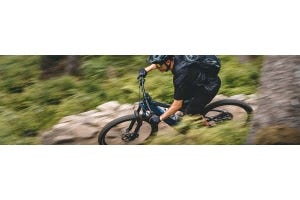